Before and After Photos 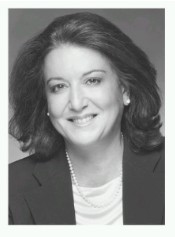 As a member of the Medical Health Advisory Board for the Society for the Advancement of Women's Health Research, Dr. Copeland advises Congress on health issues affecting women. She was recently profiled in Avenue Magazine's "Women in the Sciences." Dr. Copeland has authored numerous scientific publications and has been a sought-after source of reliable information for such periodicals as The New York Times, Town & Country, Allure, Women's Health, Parade, Lear's and Cosmopolitan, and national television programs including NBC's Today Show and ABC's Good Morning America.

Dr. Copeland received both dental and medical doctorates from Harvard University. After residency in Oral and Maxillofacial Surgery at the Massachusetts General Hospital in Boston, she returned to her native New York City for advanced training in general surgery at the New York Hospital-Cornell Medical Center. After fellowship training, Dr. Copeland joined the staff at the Division of Plastic Surgery at the Mount Sinai Medical Center in 1985 and served as Chief of the Division of Plastic Surgery for the Mount Sinai Services at the City Hospital Center in Elmhurst, New York.

Dr. Copeland was recently invited to present her pioneering techniques for enhancing facial rejuvenation at international scientific programs on aging skin in Paris and Milan. In addition, she was recently featured in Plastic Surgery Products magazine as the first female plastic surgeon in the U.S. to have earned combined doctorate degrees from Harvard.